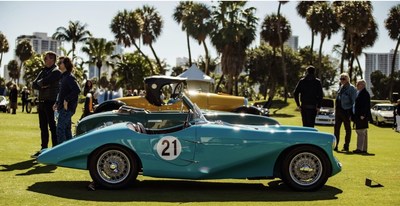 This January, Motorcar Cavalcade Returns for a Second Year with Some of the World's Rarest Cars and a VIP Judging Panel

MIAMI, Nov. 21, 2022 /PRNewswire/ -- Motorcar Cavalcade, the must-attend event for every automobile enthusiast from connoisseur to the car-curious, announces its preliminary lineup of celebrity judges and a peek into the vibrant collection of the automobiles, from iconic vintage classics to modern exotics. The event, now in its second year, will be held on the lush fairway of the JW Marriott Turnberry Resort's golf course on January 15th in Aventura, Miami.

"This year's Motorcar Cavalcade will be nothing short of incredible," says Jason Wenig, Motorcar Cavalcade Co-Executive Director. "We have a lineup of cars never-before-seen in South Florida and are thrilled to have our esteemed judges including former female race car driver Lyn St. James involved in the Concours." Lyn will be the Saturday Car Rally Honoree and lead the procession. She will also be involved in a "Fireside Chat" during the event to talk about women in motorsports and in leadership roles in the car world and beyond.

Adding a Hollywood touch to this year's Concours is the extremely rare yet distinctly recognizable 1961 Ferrari 250 GT California Spyder, used in the 1986 movie Ferris Bueller's Day Off and brought to the show by Hagerty. Laurent-Perrier will host a lounge serving the brand's fine champagne while also showcasing their pink 1968 Citroen DS, aptly named "Bubbles," which coincides with the year in which the champagne house launched their Cuvée Rosé. Other sponsors include Warren Henry Auto Group, Regent Cruises, Fraser Yachts, Hennessey Performance Engineering, and Hagerty. In an exciting debut, Hennessey will unveil its new Venom 5 Roadster, a bespoke hypercar engineered to exceed 300 mph as the world's most exhilarating open-air driving experience.

The full list of participating vehicles will be announced closer to the event, with this year's impressive collection of cars expected to closely align with the calibre of winning vehicles from last year's show, such as the 1921 Kissel Gold Bug (Executive Committee Award), a 1934 Bugatti Type 57 Cabriolet (Docent Judge & Cockpit Award), a 1961 Ferrari 250 GT Cabriolet (ALZ Sponsor Award), and the 1933 Rolls Royce Phantom II (Best in Show - Classic & Lights Award). Highlights of the modern marvels were the 2020 Apollo IE (Paint Award), 2020 Koenigsegg Regera (Finish Award), and 2021 Pagani Huayra Roadster BC (Best in Show – Modern & Mirrors Awards).

Motorcar Cavalcade kicks off on January 14th with a Speed & Style Rally, a driving tour for participants to take their vehicles for a spin as part of an award-ribbon event. Upwards of 40 thoroughbred cars and passengers will be treated to a magnificent sightseeing journey through Miami, with stops at exclusive venues, allowing onlookers to witness the beauty and majesty of a Cavalcade of Cars. The tour concludes in grand style at the prestigious Bentley Residences for an intimate brunch.

Limited ticketing is available to the general public for $575 for the Sunday Concours, giving attendees an opportunity for a bit of overindulgence with all gourmet cuisine, cocktails and champagne included during the all-day event. Motorcar Cavalcade has partnered with the American Cancer Society, and will hold a digital auction with 100% of the proceeds donated to the ACS. Entrant vehicle participation in the Concours is by Selection Committee approval. Due to the unique design of this Concours, any vehicle of provenance, both historic and current production models, can be submitted for consideration.

Established in 2021, Motorcar Cavalcade is a celebration of the automobile, the people that love them and a desire to share automotive passions with others. Cars are the stars, but the entrants, judges, guests and media share the spotlight in a chic garden party where fashion, style, cuisine and camaraderie set the backdrop for a day to be remembered. Over 100 classic and modern cars playfully compete in 16 atypical classes including Dashboards, Doors, Tails, Sound, and Engine to secure their prized trophy. 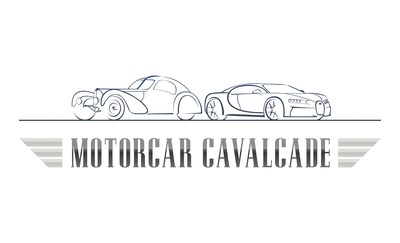