INDIANAPOLIS, Aug. 4, 2022 /PRNewswire/ -- Big Potato Games, an indie British game maker, has collaborated with the United States Postal Service® to introduce USPS: The Great American Mail Race. In this lightly strategic and family-friendly board game, players now work for the beloved USPS and must prove they're the best mail carrier in town. The game is packed with nostalgia and postal flair, including officially licensed USPS logos and artwork, a replica mail collection box stamper, and 13 official methods of transportation, from the pony express and 4x4, to a hot-air balloon—and even a rocket!

Big Potato Games is celebrating the game's release at Gen Con Indy 2022, the largest hobby gaming convention in North America, from August 4-7 at the Indiana Convention Center, booth #3019, with a visual and interactive booth experience. Show attendees will be among the first to play the game and can take Insta-worthy selfies with an official USPS mail truck and collection box, buy the game at an exclusive show discount, or even win a copy of the game through an epic mail scavenger hunt onsite.

"The United States Postal Service is the most beloved federal agency and people have such a special connection with their local neighborhood mail carrier," says Dean Tempest, CEO and co-founder, Big Potato Games. "We're excited to launch USPS: The Great American Mail Race, which celebrates U.S. postal workers and more than 245 years of USPS history, while delivering a first-class game night to families and friends."

In this game, players are USPS postal workers on a mission to deliver as much mail as possible to some of the best-named towns in America like Jackpot, Booger Hole and Whynot. Each player must plan their mail route using 13 official USPS methods of transportation but always be on the lookout for rival carriers who might "assist" them and take their mail!

Points are scored for delivering mail across four U.S. regions. Bonus points are earned for collecting postcards, same-day deliveries, hometown pickups or delivering fragile parcels without air transport. Players stamp their delivery slips, with the included iconic USPS mail collection box stamper, to track points. The player who scores the most points is crowned Mail Carrier of the Century!

USPS: The Great American Mail Race, recommended for 2-4 players and ages 10 and up, is available exclusively at Target for $34.99 MSRP.

Founded in 2014, Big Potato Games is a British indie game maker that's as versatile as its vegetable namesake. The company creates a wide range of board games that are easy to pick up and impossible to put down, from quiz games to party games and family-friendly games, to more serious strategy games. Big Potato loves cultivating good ideas and turning them into genuine crowd-pleasers that are easy to understand, fun to play and guaranteed to get the party started. For more information, visit BigPotato.com and follow on Facebook, Instagram, TikTok, Twitter, and YouTube. 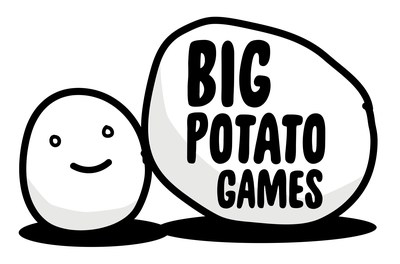