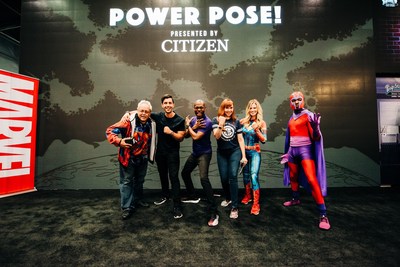 For the past 80 years, Marvel has inspired millions of fans with iconic characters and timeless stories that bring the Marvel Universe to the forefront of pop culture today. To celebrate its history and community, Citizen unveiled a Limited Edition Marvel 80th Anniversary timepiece featuring a dark blue dial with sunray finish and a matte transparent print of various Marvel logos from the past 80 years. Complete with a Super Titanium™ bracelet, the timepiece is limited to 1,939 pieces, commemorative of Marvel's inaugural year.

To further recognize the Spider-Man franchise and this year's Spider-Man: Far From Home film premiere, Citizen also unveiled a Limited Edition Spider-Man timepiece to honor everyone's favorite neighborhood hero. The new timepiece features a grey compilation of iconic comic book covers with the original Spider-Man highlighted in full color on the dial. With a black leather strap and contrast red stitching, the timepiece is limited to 1,962 pieces, celebrating the year that Spider-Man was first introduced.

To officially unveil these Limited Edition novelties, Citizen welcomed back their ambassador for all things Marvel, actor, comedian and YouTube sensation, Josh Peck.

"It is another exciting year for Citizen as we continue to develop our popular Marvel collection," says Regina Fiedel, Vice President, Marketing of Citizen Watch America. "We appreciate the continued support from comic enthusiasts as we create pieces that showcase the most iconic Marvel heroes, characters, and stories."

About Citizen
Citizen, a pioneer in watchmaking and innovation since 1918, promotes excellence and creativity with a deep-rooted respect for craftsmanship. Citizen advocates "Better Starts Now," searching for and accomplishing goals that cultivate positive change. Driven to create timepieces enjoyed by citizens all over the world,Citizen formed an alliance partnership with Disney in 2018, another powerhouse brand with similar values. With a long-term partnership In place, Citizen participates in activations surrounding the Disney Parks, Marvel, Star Wars and more. Citizen is the Official Timepiece of both Walt Disney World and Disneyland with branded clocks In both theme parks.

For over 40 years, Citizen's Eco-Drive technology has served as the prime example of how the brand is dedicated to making the world and its environment a better place. A simple yet revolutionary concept, Eco-Drive harnesses the power of light from any natural or artificial light source and converts it into energy, eliminating the need for any battery replacement.

About Marvel
Marvel, a wholly-owned subsidiary of The Walt Disney Company, is one of the world's most prominent character-based entertainment companies, built on a proven library of more than 8,000 characters featured in a variety of media over seventy-five years. Marvel utilizes its character franchises in entertainment, licensing and publishing. For more information visit marvel.com. © 2019 MARVEL 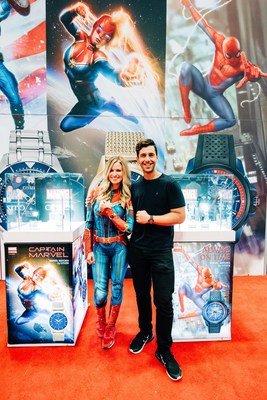 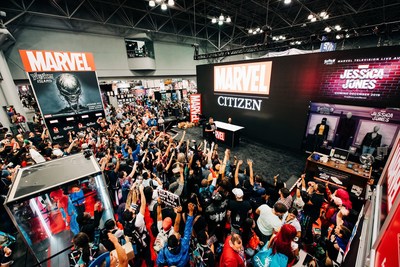 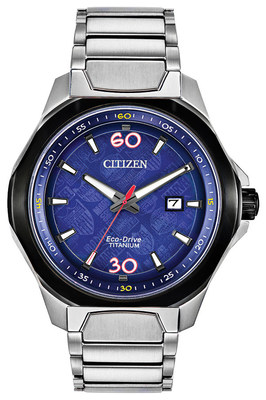